Posts Tagged ‘ spiders in the garden ’

Gogga of the Month – Spiders This month, we’re all about celebrating spiders!

Posted on: May 28th, 2020 by Shahnee Stockigt No Comments

This month, we’re all about celebrating spiders! When we think about these little arachnids in our homes, some of us tend to resort to certain squishing tendencies. Spiders in the garden, however, are a different matter and they have an important job to do (besides creeping you out). In the garden, it’s best to allow them to go about their business undisturbed, as their main job is to keep your garden pests in check., Most garden spiders are a means of pest control but there are some which are harmful to plants such as red spider mites. For the most part, these guys are great!

World Pest Day will be held on June 6, to help spread awareness on the importance of eco pest control. 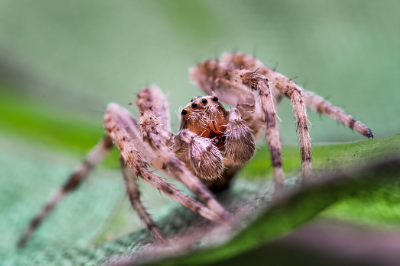 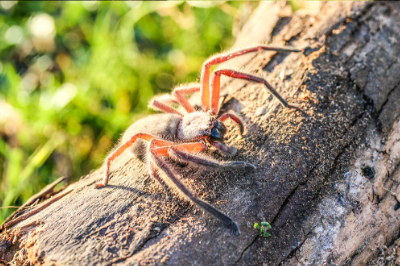 Spiders are arachnids ranging from scorpions, mites, and ticks. Spiders come in all shapes and sizes. Generic spiders have eight small eyes, closely grouped with eight legs. Most spiders that we see during daylight hours are unlikely to cause harm to humans.  They prefer gardens and grassy areas, anchoring their webs among twigs and stems.

In the garden, spiders create flat webs between plants, across garden paths, along with windows or even door frames. The size and shape of spider webs vary across species. Some webs are orb-shaped, while others are funnel-shaped.

Overall, garden spiders are very beneficial because they help keep insect populations in check. Spiders in gardens serve a predatory role, eating only insects that eat plants. Therefore, spiders are harmless to your garden and in fact, sustain the health and lifespan of your garden. However, their large orb webs can be troublesome to people near walkways, gates, or windows.

Suggested actions include World Pest Day, Catching Spiders and safely relocate spiders. Carefully consider if it's necessary to kill the spiders in your garden as they aid in eliminating the various harmful insects that reside in your garden. If it's an issue of bites or an uncontrollable fear, you could consistently remove spider webs to encourage the spiders to move on from your garden. Additionally, you could reduce their food supply, forcing them to migrate. 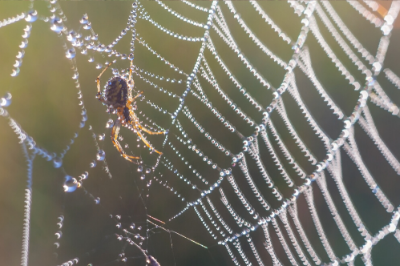 For more information on insects and other visitors click here or join the conversation on Facebook #lifeisagarden.