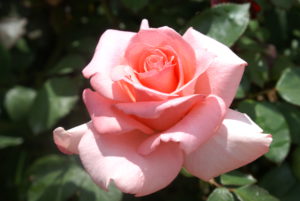 Since its release in 1987, it has become a standard variety for both gardeners and florists when produced outdoors & in greenhouses.

It combines vigour, a pleasing coral colour, an absolutely superb shape of bud & open bloom plus the ability to stay fresh on the bush & in the vase.

The Esther Geldenhuys rose was named after her in 1986 at the National Rose Congress by Wilhelm Kordes & Ludwig Taschner, in recognition of her enormous contribution to promote roses in South Africa.

She was a founding member of the World Rose Society, three times president of the South African Rose Society and a lifelong honorary president. She was editor of the world newsletter on roses, a co- author and translator of many rose and hosting books and writer for garden magazines. In 1998, she received the Gold Rosepin at the World Rose Conference in Belfast, Ireland and in 2002 she received an honorable mention from the American Rose Society.

**Please note that not all stockists will have every plant featured**