Life is a Garden > Months of the Year > April > Celosia

Celosias are one of the most colourful and long-lasting summer bedding plants. There are two groups of celosias, those with ruffled, crested flowers called cockscombs, and those with silky, feathery flowers called plumes, known as Prince-of-Wales-feathers. 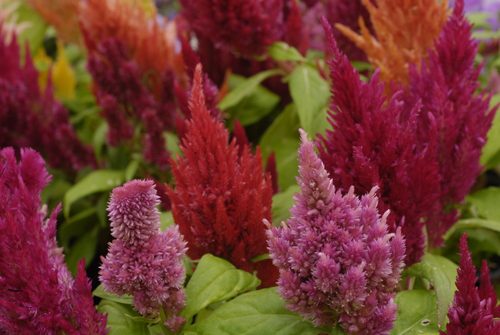 Celosias are usually yellow, orange and red, but there are pink varieties, such as ‘Flamingo Feather’ and ‘Castle Pink’ that suit pastel colour schemes. Grow tall varieties in mixed plantings, and dwarf kinds in bold groups, in containers, or in the front of borders. Plumes can be cut and dried for flower arrangements.