Life is a Garden > Months of the Year > August > Cheerfully Pretty

If you are like many, living a hectic lifestyle with precious little time to potter around the garden, then Petunias are for you. They are one of those rare gems that reward very little care with masses of blooms. Petunias are one of the most recognisable and popular of the ornamental bedding plants. This is probably due to their hardiness coupled with their ability to bloom prolifically. There is a Petunia for every season and for every garden.

Garden plants don’t get more typically cheerful than Chrysanthemum paludosum. You’d be forgiven for thinking this small creeping daisy, with its all too familiar white petals and yellow centre, has its roots in South Africa, especially when you hear them referred to as Madeliefies! They are in fact native to the Mediterranean basin though, but don’t let that stop you from enjoying them to their fullest. 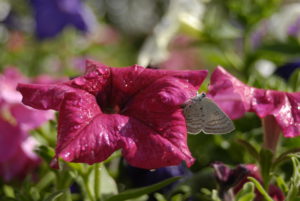 When planting Petunias, whether in containers, window boxes or beds, placing them along a north-facing wall is preferable, as it will trap a lot of heat and light. These are a prime growing position for petunias and will encourage them to flower throughout winter and spring – for up to five months!

Whilst your soil needn’t be particularly rich to grow good petunias, it must drain well. After planting, water regularly until the seedlings are established.  Once settled, the secret behind successful Petunias is to allow the soil to dry slightly out before watering again. This is important as the drying out cycle encourages them to flower more profusely and keeps pathogens at bay. 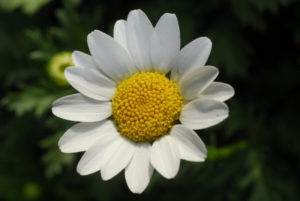 Chrysanthemum paludosum, also known as Creeping Daisy or Madelifies, produce masses of flowers from spring all the way through to late autumn. Their creeping nature make them excellent specimens for hanging baskets, containers and window boxes but they’re also just as comfortable growing over an empty bed, as capably as dedicated ground covers do.

This fast growing cutie grows easily to about 25cm tall and 30cm wide, so give your seedlings enough room to spread when planting. Being moderately frost hardy they can be planted all year round in slightly warmer areas but their one nemesis is strong winds, so be sure to place them in a protected space if living in one of our windier provinces. They should get a deep heavy watering once a week so not a good choice for drought stricken areas. Plant in full sun, pinch back growing tips to encourage a more compact and floriferous plant and don’t be shy to prune them right back once they’ve finished blooming. 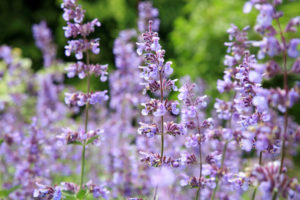 Anyone who has not yet enjoyed watching a cat go crazy for catnip, hasn’t lived yet! New seedlings won’t last long if you leave them unprotected with cats in the vicinity so try putting them in hanging baskets or out of reach until they’ve established a solid foothold.

Did you know that catnip is an effective insect repellent? Placing twigs among dog blankets or fresh cuttings rubbed on their fur will repel ticks and fleas! It also sends other insects packing, so can also be used as a border plant around your vegetable garden. 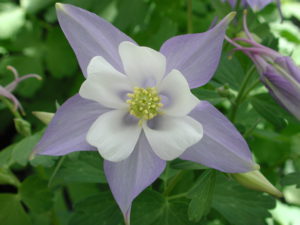 Aquilegia, often referred to as Columbine, is a hardy perennial in its native habitat but is more commonly grown as an annual in South Africa. Known for their bell shaped flowers which come in a spectacular range of colours, Aquilegia are hard to ignore, especially when planted up in containers and placed strategically in focal areas around the home. They perform best in semi shade conditions, enjoy rich, well-drained soil and if planted in containers they will need a little extra water.