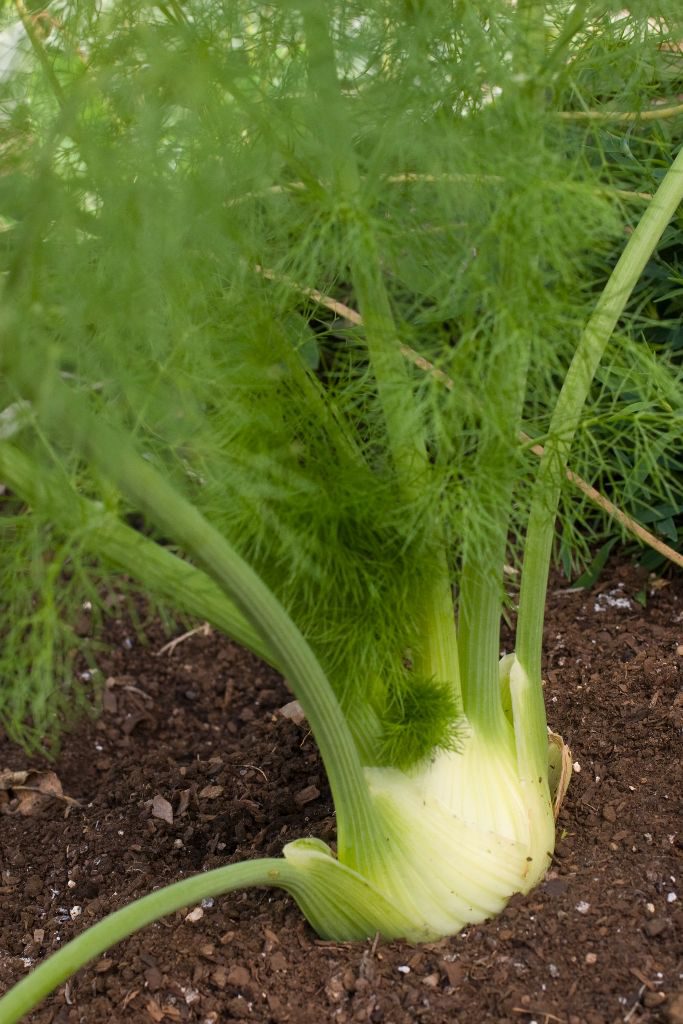 Spicy and sweet, fennel is a cook’s dream and a delight for gardeners who love its striking foliage and flowers.

As a herb, fennel (Foeniculum vulgare) is a citizen of the world, like so many other Mediterranean exports. It still grows wild along the coast and on dry sunny Mediterranean slopes, but from there it has spread throughout the world because it has such simple requirements: plenty of sun and ordinary garden soil.

Bronze fennel (Foeniculum vulgare ‘Rubrum Purpureum’), in particular, is a beautiful foliage plant (with all the herbal uses) that is more often found in flower gardens, especially mixed borders where it is used as a tall, striking foliage plant.

In addition to its good looks, fennel has many culinary and healing properties. The leaves and seeds are strongly aromatic, adding a subtle aniseed flavour to fish, poultry and vegetable, as well as spicy Indian and Italian dishes. The bulb of Florence fennel (Foeniculum vulgare var. dulce) has a milder taste.

The seeds and leaves of fennel are indispensable as part of the home pharmacy, soothing red eyes, alleviating indigestion and colic in infants, reducing nausea, acting as a mild laxative and even helping new mothers to produce milk.

Ordinary fennel and bronze fennel grow up to 2m high, with fine, feathery green or bronze leaves and umbels of yellow flowers the size of dinner plates. Their preference for sandy soil suits coastal gardens, but they grow easily just about everywhere. Plants in heavier soil may die in very wet or cold winters. Both plants are perennials and can be cut back when the leaves start to fade. They will shoot up again.

Florence fennel requires richer soil, which should still drain well, and more regular watering to ensure swollen bulbs, which are shaved into salads or roasted. For this reason it is usually grown as an annual.

Butterflies and beneficial predator insects like hoverflies and wasps love fennel’s yellow flowers. The flowers also act as a trap, attracting aphids away from other plants. In flower gardens, fennel thrives in the company of other sun-loving annuals and perennials like salvia, dahlias, zinnias, cosmos and gaura.

Be careful, however, of planting fennel with beans, green peppers or tomatoes, as well as dill, caraway and coriander. Because dill and fennel are so botanically close, they tend to cross-pollinate and the result is not very satisfactory.

Fennel is not only indigenous to the Mediterranean, but also to Asia, where the seeds, which have a stronger flavour than the leaves, are used as a spice. Chinese five-spice powder includes fennel, and fennel seeds are an important spice in Kashmiri and Gujarat cooking. Roasted fennel seeds are eaten after a meal, or made into an aromatic tea for aiding digestion and as a breath freshener.

Tip: To make tea from the seed, crush it lightly to break the hard outer casing. Use ½-1 teaspoon of fennel seed to one cup of water. Pour just-boiled water over the seed, infuse for 15 minutes, then strain and drink it. Add a slice of orange for extra flavour.

At least one plant should be allowed to go to seed so that the umbel ripens and turns brown. When this has happened, cut off the flower head, dry it in a cool place and after 2-3 weeks shake the dried seeds into a brown paper packet or a container with a lid.

A tea made from crushed fennel seeds or leaves acts as a mild appetite suppressant as well as a diuretic. Both help to lose weight naturally.

A quick and easy tea can be made by placing 3-4 teaspoons of fresh leaves in a teapot and adding boiling water. Let it steep for five minutes and pour a refreshing, delicious cup of tea. Drink three times a day before meals. After five days, take a break for a day or two, then carry on.

There is nothing worse than soggy, overcooked cabbage, but this spicy cabbage stir-fry with fennel will convert anyone!

Heat olive oil in a frying pan and fry 1 cup of chopped cashew nuts for 30 seconds or until they start to brown. Add 350g each of chopped cabbage and spinach/Swiss chard, and stir-fry for 3-5 minutes. Add chopped fennel leaves towards the end of cooking and mix well. Season with salt and pepper. Lightly crushed fennel seeds could be used instead of the fresh leaves.

Five other ways with fennel

Did you know that ancient Romans regarded fennel as the herb of sight? Today, a cold fennel tea can be used as an external eyewash, or compress for red eyes, or for the inflammation of the eyelids. Also use the tea as a refreshing facial rinse to tone the skin and to help to reduce wrinkles. For deep cleansing, add fennel to facial steams and baths. 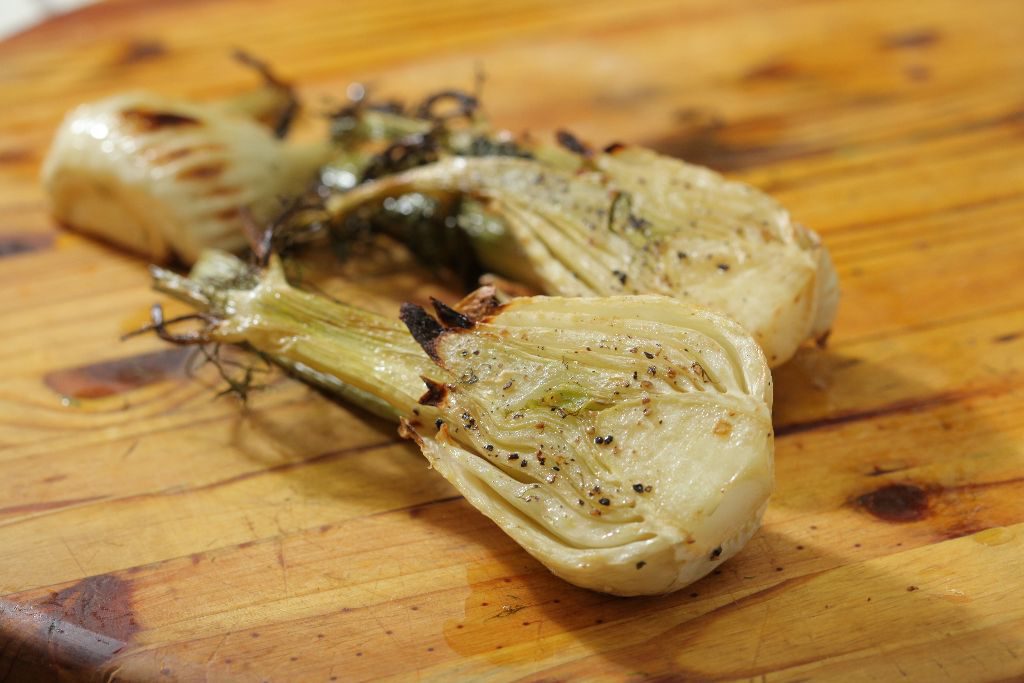 Sprinkle some olive oil over half-cut fennel bulbs, season with salt and pepper and bake in a hot oven at 200°C for about 15 minutes, until cooked through. Makes a delicious side dish to roasts.