Bellis perennis or English daisy combines a neat, compact shape with some serious flower power, making it ideal for brightening up your winter and spring garden. Planted now, they will shrug off the frost’s icy fingers, producing wave after wave of delightful blooms.

Considered by many to be the quintessential daisy, modern hybrids now boast single semi-double and double blooms in shades of white, pink, salmon and ruby. Its short stature, combined with its striking blooms makes it an excellent candidate for pots, tubs and containers, for edging pathways and borders. Bellis also well when inter-planting with taller flower bulbs like Dutch iris and tulips. If you are creating a wild woodland garden with drifts of daffodils sweeping through lawn, don’t forget to add swathes of Bellis to ensure constant colour interest. 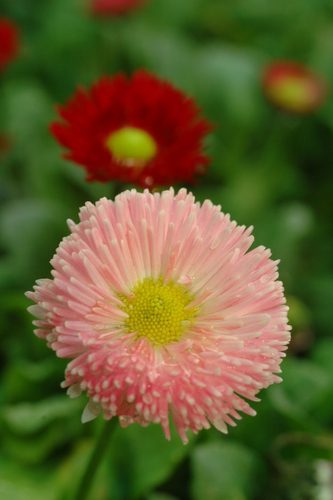 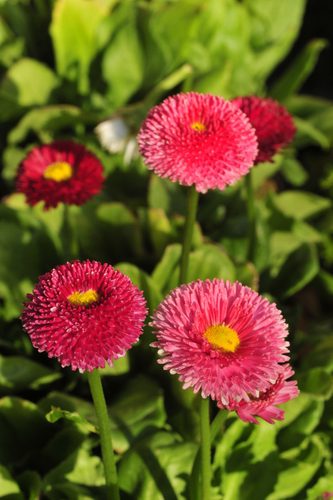 Of the 15 species of Bellis, indigenous to Europe, the Mediterranean and northern Africa, B. perennis has shown itself to be the best garden performer. What it lacks in height, its many other attributes more than make up for, making sure that it captures the imagination of all who pass. Its many common names like Common Daisy, Lawn Daisy, Bachelor's button or English daisy bare testament to this. In its native England its tenacious nature has earned it a reputation as a bit of a weed. Fortunately we don’t have to worry about that in this country where it behaves like the perfect annual; giving up masses of blooms through winter to early summer and then quietly dying off.

Steeped in folk lore and natural remedies, Bellis is a traditional wound herb, is said to be useful in treating delicate and listless children as well as being symbol of childhood innocence, joy, and loyal love. An insect repellent spray can be made from an infusion of the leaves. In ancient Rome, the surgeons who accompanied Roman legions into battle would order their slaves to pick sacks full of daisies in order to extract their juice. Bandages were soaked in this juice and would then be used to bind sword and spear cuts. Remember to consult your doctor before using any home treatments.

The flowers and leaves are edible and can be eaten raw or cooked. Some relish its sour flavour, while others find it somewhat acrid. Most just use a few flower buds to brighten up a salad although you can try the leaves on sandwiches or in soups. 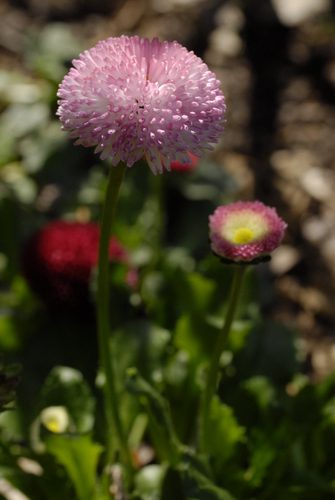 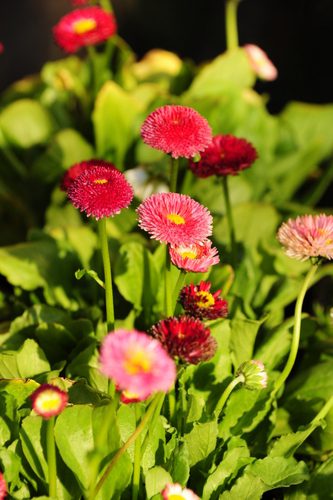 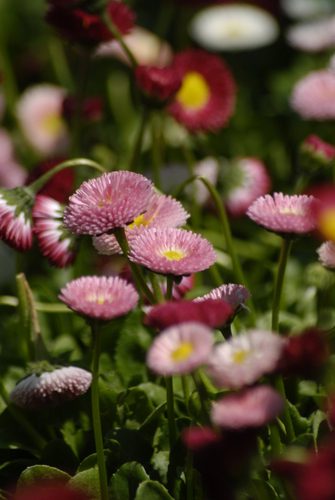 Bellis is the traditional flower used in daisy chains for garlands or table decorations. It’s a great way to get your kids in the garden to explore the wonders of nature. Don’t be too concerned with picking your precious blooms; this will only spur them on to produce more.