Ode to the Apricot Tree

If you grew up in an old suburban area with a large backyard and are asked which garden tree you have the fondest memories of, there’s a good chance it will be the apricot tree…

It was always forebodingly deciduous in mid-winter – dark and bare! It would suddenly burst out into virginal blossom in spring, then get dressed overnight in lush foliage that a few weeks later shaded and protected a mass of marble-sized furry fruit sitting on knobbly spurs. In the following weeks, before harvest time in December and onwards, the old folk would start protecting the yellowing, downy fruit against fruit flies, but primarily against marauding neighbourhood kids. 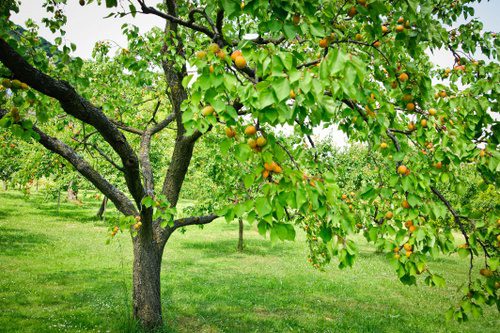 Gangs of kids playing in the streets would plan their midnight feasts around apricot harvest time, and would descend on the fruit-laden trees on moonlit summer nights, pillowcases in hand. The result was always a bad case of apricot-induced indigestion the following day!

It is tough to describe the taste of a sun-ripened apricot. Sweet but tarty, maybe musky and peachy, or even grassy and horsey (in the Anglo-Boer War many a warhorse was named ‘Appelkoos’). A guy called Jarod Kintz once said, “apricots are like cute, furry pets you can eat – legally”.

It is equally difficult to describe the colour of a ripe apricot, which has inspired so many paint and material swatches. Let us suffice to say that a perfectly grown and ripe apricot sports a warm colour that deserves to be looked at by the whole world every day, and a taste that will keep even the sourest old plum-face happy! What more can one ask of a home-grown fruit?

Have you ever eaten a huge bowl filled with a variety of creamy, fruity and foamy puddings dished up by the motherly ladies at church bazaars, and wondered how they make them? This is what to do with some of your apricot harvest: 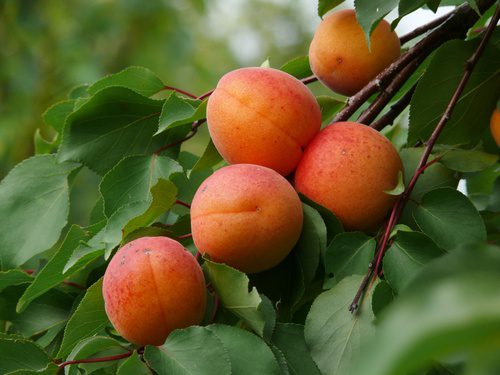 Home-made apricot jam used to be the saving grace of many families, as it was made and sold for extra income. If you have lots of fruit, cook some yourself. Wash the apricots, break them in half and remove the pips. You can peel them thinly if jam of a lighter colour is needed. Use equal weights of fruit and sugar and pack them into layers in a large pot. Allow to stand for a few hours. Heat very slowly and stir until all the sugar has dissolved, then boil for 30 minutes, stirring continuously until the jam has thickened and is a bright colour. Bottle in sterilised jars while still warm.