Although South Africa has many indigenous treasured flowers, only one actually goes by the common name ‘Treasure Flower’, and that is our beloved gazania. Although officially said to be named after a Greek scholar, Theodore of Gaza, by German botanist, Joseph Gaertner, there are some other possible origins worth mentioning. Not many plants are as rich in colour and variety as the gazania and in Greek, the word gaza means ‘riches’. In Afrikaans, gazania is referred to as botterblom, meaning butter flower, which evidently refers to the petals tasting like butter when chewed although this is not widely documented so it’s probably not advisable to test the theory. 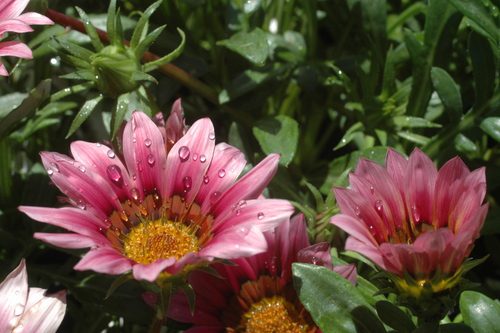 Gazania has such a rich history and evidently the natives have been putting them to good use for centuries already as can be found documented back in 1883 by John Wood, a South African botanist who wrote: “the tomentum [a felt-like covering of downy hairs] found upon the lower side of the leaves forms the only dress worn by a large number of the native Zulu girls…The back of the leaf is scraped with the thumbnail and the woolly covering removed, which is then twisted, soaked in fat, and attached to a string until sufficient is collected to form a thick fringe which is then tied around the loins.’

Coming back to modern day South Africa, gazanias are still winners in our gardens. Especially in areas where drought is prevalent because these beauties laugh in the face of droughts! Gazanias enjoy basking in full sun and being water wise don’t need a lot of water. If you want a sturdy and bushy plant then pinch the young seedlings and they’ll offer up more side branches in return. Deadheading is not essential but it will encourage more flowering, so it’s a ‘what you give is what you get’ kind of set up. 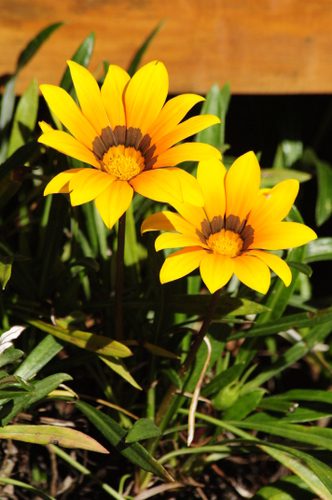 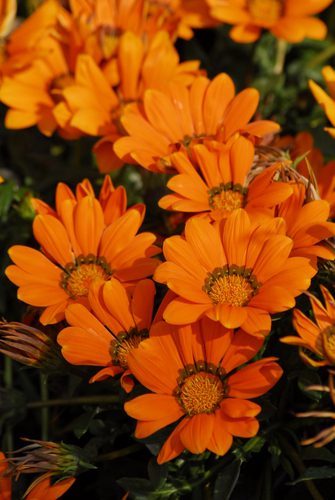 Gazanias are available in an amazing array of colour combinations and are brightly coloured to attract a host of insects to aid with pollination. Amazingly enough, they are not plagued by pests and diseases though, and where there are insects, there is also birdlife, so go wild when making your selection. Don’t worry if your flowers close on cloudy days or at dusk, it’s perfectly normal. They open and close depending on the intensity of the light which is why planting them in full sun is where they’ll be happiest!

Gazanias are excellent ground covers because of their waterwise nature and being able to grow practically anywhere, as long as there is sun of course, but their trailing nature also make them wonderful hanging basket subjects. So whether you’ve got a flower bed that needs some en masse planting or a sunny patio needing a bright container, gazanias can certainly fill that gap.

On a sunny day your garden will be bursting with colour and teaming with nature's very own aerobics if you’ve chosen to plant gazanias and best of all, these plants will flower for most of the year. You can’t ask for better value for money.