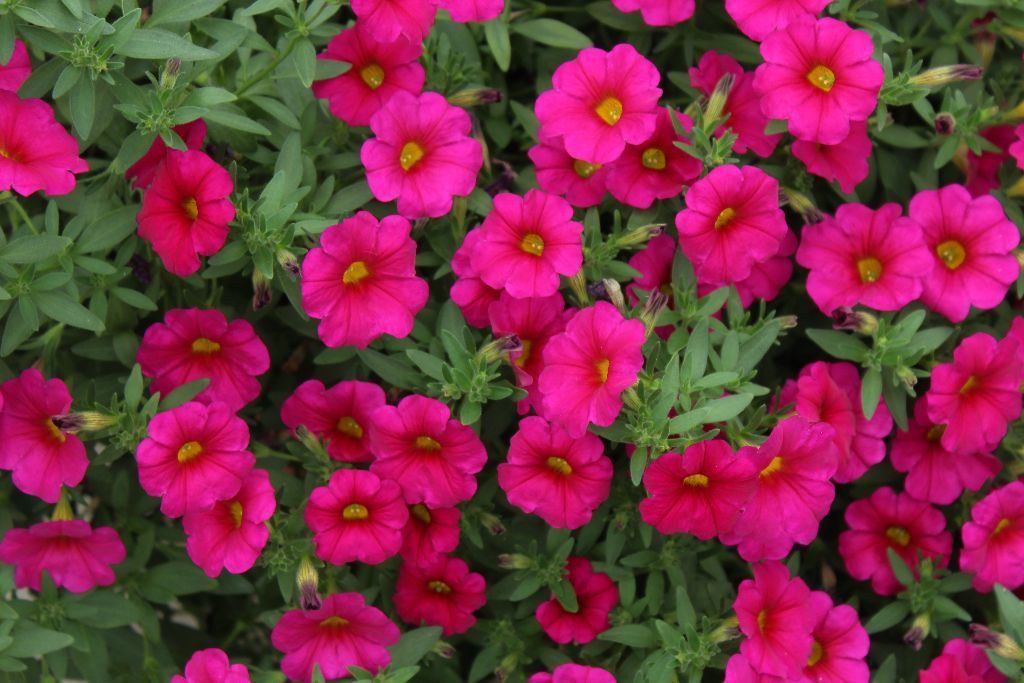 Surely there’s not a living soul who has not heard of petunias at some time or another in their lives, such has been their popularity since the dawn of time, well almost. The petunias that were first discovered in the mid-1700 to early-1800’s in South America actually looked nothing like the stunners that grace our gardens today. Petunia axillaris and Petunia violacea originally had small white and purple flowers, respectively, which were luckily snatched up by breeders in both Germany and England who began the, eventually successful, search for the large colourful blooms that we can buy from our garden centres today known as Petunia x hybrida.

It’s hard to imagine, when looking at a petunia, that it is actually part of the potato family. It was just short of thirty years ago that a genus name change was strongly suggested to more adequately reflect this connection but luckily the International Code of Botanical Nomenclature decided the damage, commercially, would be too great to make the change. Could you imagine walking into a garden centre and asking where they kept their stimoryne plants?

With the outstanding success that breeders have had over the years, your challenge now lies in the sheer choice you’re faced with not only when choosing colours but also deciding whether you’d like a plant that has fewer but bigger flowers, medium sized but more flowers or small but flowers a plenty. Decisions, decisions. Choosing their home would probably be the easiest way to decide which variety would be most suitable but when all else fails just grab some of each and let them warm up your winter garden en masse.

Petunia grandiflora, as the name suggests, has large flowers requiring regular deadheading to keep the blooms coming and spreads vigorously so would be more suitable for garden beds. Petunia multiflora have blooms about half the size but double the quantity of grandiflora and they grow more into a mound like structure which makes them perfect for filling in dips or as borders for a garden bed. Petunia milliflora have very small flowers but they are prolific in nature. Milliflora means thousand flowers so if it’s abundance you’re after, this is the one for you. It is a really neat, compact plant which makes it a winner for container planting whether in a window box, hanging basket or pot.

When it comes to planting any of these popular P’s make sure that your soil drains well and they’ll get to bask in the sun for most of the day. It’s not essential but you’ll reap rewards from giving them a monthly feed. Petunias are not particularly thirsty, so without making them think they’ve been relegated to the Saharan desert, let the soil dry out a bit between watering.

There is a Petunia for every season and region so there is no reason not to get down to your local accredited garden centre and pick some up. With a colour palette from blue, purple, burgundy and lavender to pink, red, yellow and white, there is no colour scheme that cannot be accommodated.