Life is a Garden > Months of the Year > August > ‘Rooted’ to culinary delight with carrots!

‘Rooted’ to culinary delight with carrots!

Carrots were probably one of your first ‘solids’, boiled and mashed with other stuff into a tasteless goo and force-fed into you as soon as you were weaned of breast milk. Later you were firmly told to eat your carrots because they make you see better in the dark (which is obviously a myth, although you do need the vitamin A in them!). You are probably still eating them regularly, as they are a staple vegetable that lurks in the refrigerator of any household and is grown in many veggie gardens.

A fresh carrot is a perfect snack to pull up from the soil and crunch on, they are great as a savoury winter side dish when mashed with potatoes and dabbed with butter, salt and white pepper, or glazed with honey to appeal to a sweet tooth. In fact, people bake magnificent cakes with carrots as the main ingredient, flavour carrots with interesting stuff like leeks, dill, ginger, balsamic vinegar and lemon (to name just a few), and what would a picnic be like without a freshly grated carrot salad garnished with sweet pineapple and raisins and moistened with orange juice? In winter there is hardly a stew or vegetable soup worth eating that doesn’t have a trusty carrot or two thrown in. 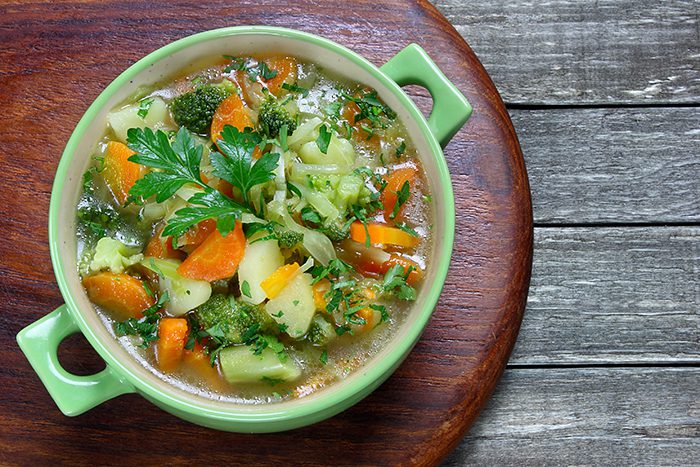 The Dutch makes a traditional, very thick pea soup with dry split peas, ham and smoked sausage, which they also call snert. Here is a colloquial South African version tht is much cheaper and includes carrots, and which will make your people beg for more…

Combine the whole lot in a large soup pot with about 3-4 litres of water and bring to the boil. Allow to simmer for at least 3 hours on a low heat until thickened. Remember to stir it now and then and add more water if needed. Season with salt and pepper and add a large handful of parsley before serving.

Are carrots easy to grow?

Carrots are sown directly into a prepared soil medium and can be planted in all months except June and July – the same months in which you will be able to harvest the sweetest roots sown in succession from early autumn, as it takes about 60-80 days from sowing to harvest, depending on the seed variety used.

There are a few tricks to know:

To prevent deformity or splitting roots (which are still edible, but not attractive to look at) you should sow carrots in loose, sandy and very well-drained, composted soil tilled to at least spade depth. All stones and other obstructions in the roots’ way must be removed.

The same problem will arise if seeds are sown too close together. As the seeds are very fine, mix them with coarse river sand for better dispersion and sow them very shallowly.

Cover the seeded area with hessian cloth and water every day through the cloth until the bulk of the seed is up, then remove the cloth. The soil must never dry out or the seeds will fail to germinate. Irregular watering will also cause cracking of the roots.

Control weeds near the plants and side dress as they grow with a general organic fertiliser.