Life is a Garden > Trade > Can you legally sell selling marijuana at your Garden Centre?

Can you legally sell selling marijuana at your Garden Centre?

While the economic prospects of the marijuana industry in South Africa may be promising and even tempting to dabble in, the policy framework on the issue is still under development. Until there is an Act in place for the use and sale of marijuana products, it is best to err on the side of caution.

South Africa’s legislation landscape is complex and establishing regulations is a time-consuming process that requires input and approval from several government departments and external parties before it can become an Act. As such while the court gave South Africa 24 months from date of ruling (September 2017) to put cannabis regulations in place, there is currently great uncertainty as to what is and what is not legal.

In the lead up to the marijuana legislation, which is expected to provide greater clarity in terms of the amount of cannabis a person can possess, what constitutes personal use and more, the National Commissioner of the South African Police Service (SAPS) has established criteria for if a person is found in possession of cannabis. However, this isn’t based on legislation and requires that police officers use their discretion on a case by case basis.

In the meantime, some developments have unfolded on the regulation front with the Department of Health recently publishing an update on regulations surrounding cannabis in South Africa that effectively deregulate certain components of the plant, namely Tetrahydrocannabinol (THC) and Cannabidiol (CBD). While this regulation doesn’t provide clarity in terms of possession and usage, it does give an indication of the stance the government is taking on the issue of marijuana regulation.

There is speculation that the Bill will be released within the next few months which may provide some clarity on this matter. However, with so much uncertainty on the issue, for the moment, the buying and selling of cannabis or any cannabis-containing produce is not legally permissible in South Africa and as such GCAs are encouraged not to sell seeds or any cannabis-related products until it is legal to do so. 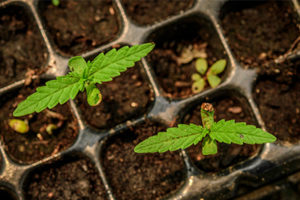 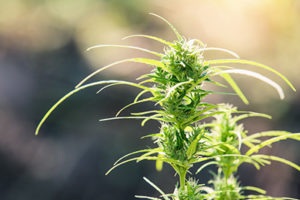