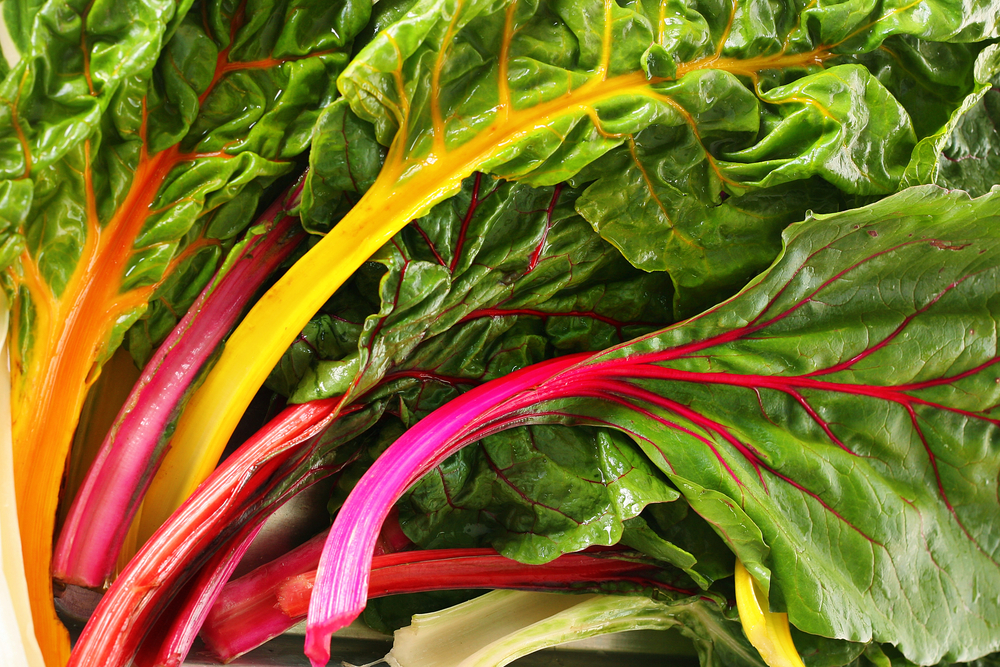 Sexy spinach is not only full of flavour, but full of goodness too! It’s high in iron, Vitamin A, Vitamin C and is low in calories – so good for the waistline too 😉 What most of us eat as spinach is usually Swiss chard because it is so much more available, being easier to grow, heat tolerant and more productive. The Swiss chard varieties are ‘Fordhook Giant’ which has dark green leaves and broad, white midribs, ‘Lucullus’ which has long, light green leaves, and ‘Bright Lights’ which has red, yellow or orange midribs and dark green leaves.

Growing
Swiss chard and spinach are among the easiest vegetables to grow. They germinate easily, don’t take up much space and are easy to harvest. But, they are gross feeders and if you want to harvest on a continual basis regular feeding is the secret for success.

Harvesting
One of the most compelling reasons for growing your own spinach is that it wilts so quickly and shop bought produce cannot match the quality of freshly picked leaves. Leaves should be ready for picking about 8 weeks after sowing. They can be cut or twisted off at the base of the plant.

When the growth is no longer vigorous and the leaves start to flop, the picking season is over and the plants should be dug out and put on the compost heap. 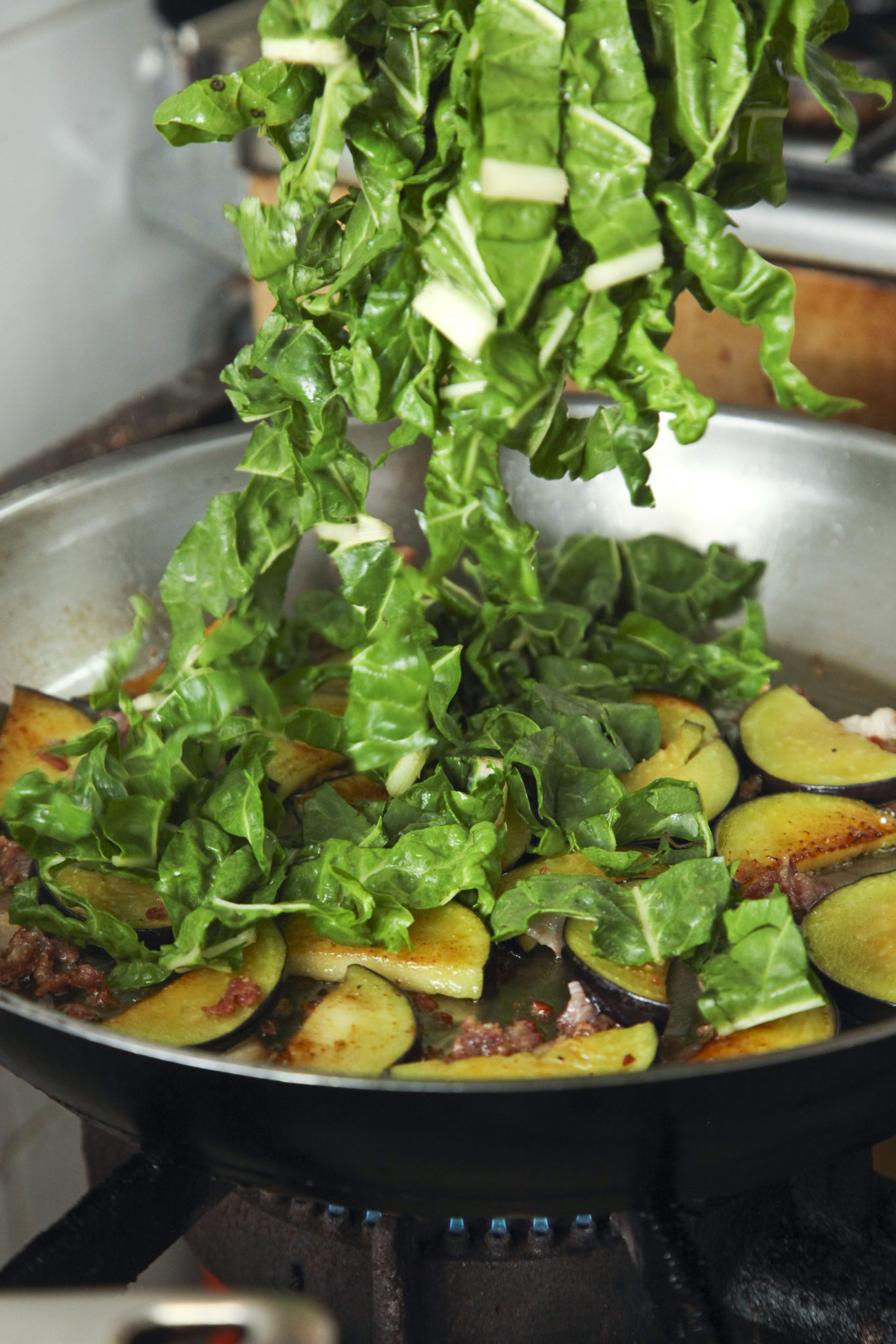 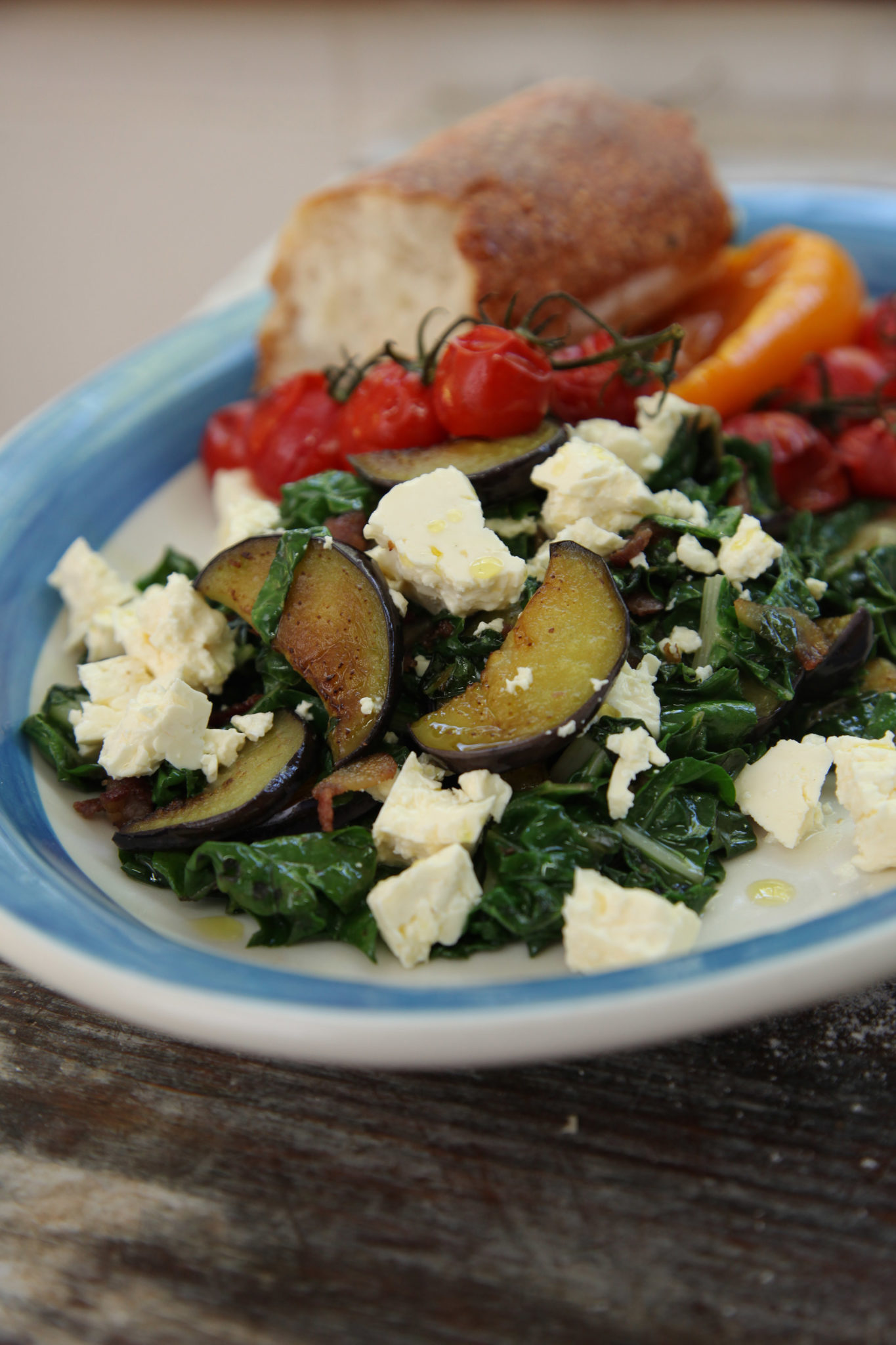 Coat the brinjal slices in olive oil. Add a splash of olive oil to a pan and cook the bacon until crispy. Add the brinjals and cook until softened. Add the spinach and wilt. Season with salt and pepper. Place on a serving dish and sprinkle with feta to serve.