Did you know that there are 379 NEMBA-listed invasive plants in South Africa? Invasive trees are a serious problem as they very often consume much more water than indigenous trees. They are also land transformers, transforming fynbos and grassland into dense stands of invasives, ultimately effecting and impacting negatively on biodiversity. In savanna and forests, they compete directly with indigenous trees and shrubs. All category 1a and 1b listed trees must be removed. A total of 559 invasive species are governed by the National Environmental Management: Biodiversity Act, 2004 (Act no. 10 of 2004). The Alien and Invasive Species Regulations (AIS) for this legislation became law on 1 October, 2014. A further 560 species are listed as prohibited from entering the country. Here are some Category 1a and 1b listed invasive trees and shrubs commonly found in gardens and highlighting their negative impact to the environment. All plants that are listed under these two categories must be removed.

Top 12 invasive trees which must be removed:

Category 1a
These are invasive species which must be combatted and where possible, eradicated. Any form of trade or planting is strictly prohibited.

Category 1b
These are established invasive species which must be controlled and wherever possible, removed and destroyed. Any form of trade or planting is strictly prohibited and landowners are obligated to control Category 1b plants and animals on their properties. A species management plan should be drafted for large properties.
1. Bugweed (Solanum mauritianum) – Category 1b
This tree replaces indigenous riverine and forest margin species. It also competes with young trees in plantations, particularly pines and black wattle, inhibiting growth and causing stem deformation. It is a host of the KwaZulu-Natal fruit fly which is an economic pest. The unripe fruits are poisonous and the hairy leaves and stems can cause allergic dermatitis and asthma. 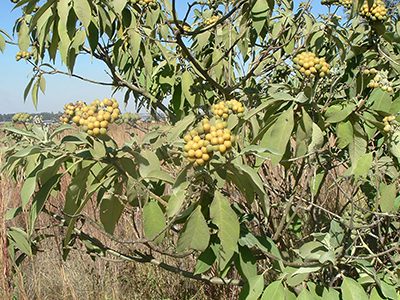 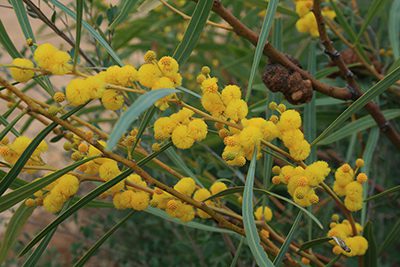 2. Port Jackson’s willow (Acacia saligna) Category 1b
This invasive tree is potentially the most damaging invasive species in the coastal lowlands of the south-western Cape. It competes with and replaces indigenous species. 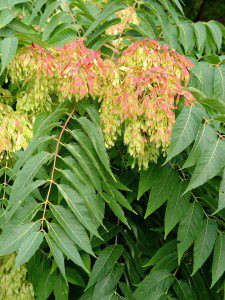 3. Tree of hell (Ailanthus altissima) – Category 1b
Its “rapid growth and aggressive root system” posed a threat to urban infrastructure. It also produced a chemical known as ailanthone that prevented the growth of other plant species.
It is highly invasive and leaches chemicals into the soil which hinder indigenous plant growth. It threatens the fynbos, savanna and grasslands biomes and spreads rapidly through seed dispersal. It also suckers profusely. 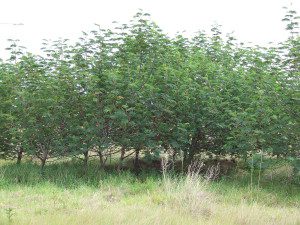 Australian albizia is a huge invader of the Western and Eastern Cape Provinces. It competes with and replaces indigenous species. Dense stands along watercourses are likely to reduce stream flow.

5. Strawberry guava (Psidium cattleianum) – Category 1b
Strawberry guava can form dense thickets that exclude indigenous vegetation and reduce species regeneration. It is considered to be the worst invasive plant species in several islands in the Indian Ocean. 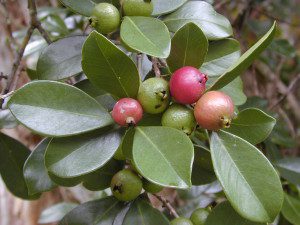 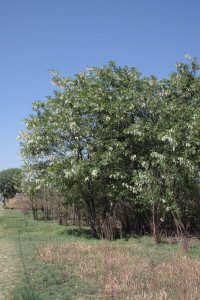 6. Black locust (Robinia pseudoacacia) – Category 1b
This invasive tree is widespread. Dense stands are formed mainly by suckering from the roots and can cover vast areas; stands along watercourses restrict access to water by domestic and wild animals. It is also poisonous to humans and domestic livestock.

7. Yellow bells (Tecoma stans) – Category 1b
This plant competes with and has the potential to replace indigenous species. It can invade hot and dry savanna where it may reduce grazing for domestic and wild animals. 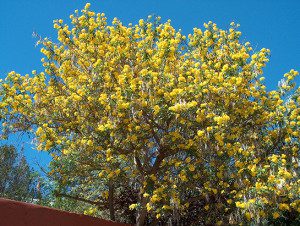 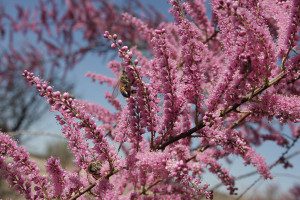 9. Ant tree (Triplaris americana) – Category 1a
The ant tree is a problem in subtropical KwaZulu-Natal. This is an unwanted tree and it must be removed from the garden. It can outcompete and replace indigenous trees. The leaves are also poisonous. 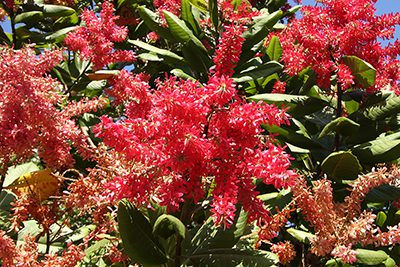 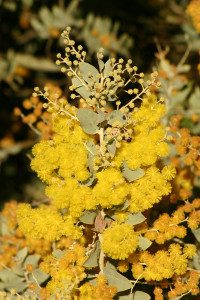 10. Pearl acacia (Acacia podalyriifolia) – Category 1b
In South Africa, where it is relatively widespread, pearl acacia competes with and has the potential to replace indigenous species and is therefore regarded as a ‘potential transformer’ of natural vegetation.

11. Brazilian pepper tree (Schinus terebinthifolius) – Category 1b KwaZulu-Natal, Mpumalanga, Limpopo and Eastern Cape, 3 in rest of South Africa
This problematic invader has the potential to replace indigenous species. It is poisonous and irritant. Indigenous birds could neglect the dispersal of indigenous plants as a consequence of their preference for the fruits of this alien species. 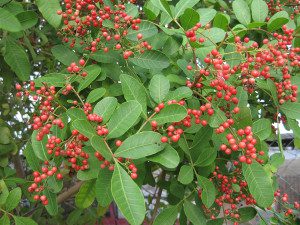 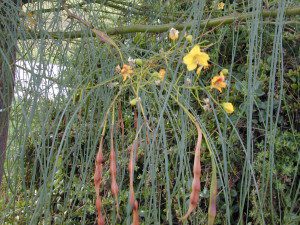 This is a spiny shrub or small tree native to tropical America and a popular ornamental. It has however, become a problematic invader and Jerusalem thorn is noted as being a potential transformer species.