Madagascar, an island off the south eastern coast of Africa, is the natural home of Catharanthus roseus, the five-petaled wonder of the medicine world. Not to be confused with Vinca minor/Vinca major, which is an evergreen ground cover that produces blue flowers in spring. It was incredibly popular and quickly spread across the globe after European colonists started exporting it. “Good Night”, “Cat’s Vinca” and “Shameless Maria” are some of the folk names it has been given in India where, historically, it was used, topically, to treat wasp stings. Chinese, Philippines and Jamaicans are also said to have used it to cure a number of ailments which ranged from diabetes to constipation! 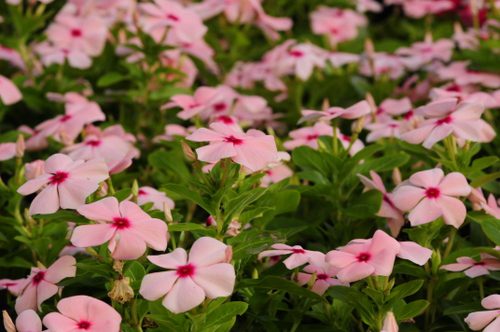 It’s a fascinating concept to think that Vincas, more affectionately known as Cape periwinkle, could be responsible for both saving and taking lives. This much loved bedding plant is extremely toxic if consumed yet it contains approximately 70 alkaloids of which many have medicinal properties which have been used in traditional medicine for decades! “Flower of Death” is the periwinkle’s traditional name in Italy but since the survival rate for childhood leukaemia has gone from 10% to 90% over the past 50 years thanks to this gorgeous bloom, it may be more appropriate to rename it, “Flower of Life”. 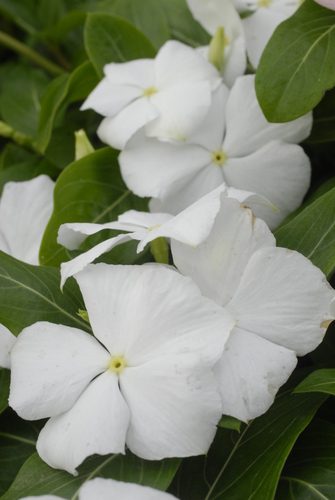 These days’ vincas come in some blazing hot colours from pinks, reds and oranges to purples but if you’re more of the soothing type, whites and light pinks are available too.

A once dull bed could be transformed overnight by these eye catching beauties because even their leaves are a bright glossy green which is a very pleasant placeholder while waiting for the blooms to appear.

Do you have a sunny patch of soil that you look at and think “nothing will grow here, it’s just too dry and dusty”? That’s where you’re going to plant up a bunch of vinca seedlings! You can water them regularly after planting but only until they’ve settled in nicely and put down roots, so to speak. After that, cease and desist, because they are the kids who hardly ever stand on the pool steps on a hot day – dry feet and warm face!

If you see spotty leaves or the stems start to rot, you know you’ve watered them too much. If the soil is in very good nick they may just punish you by flowering less so be stingy with any compost you add when you’re preparing their bed. Feel free to pinch the top tip of the seedling off if you’d like it to bush out a little more and give you a thicker, sturdier plant.

Is it any wonder that these annuals took the world by storm? So easy to grow, not fussy, not needy, wonderful eye candy, prolific flowering and can be used in a variety of places including containers, hanging baskets, borders for colour in a flower bed, or even as an edge to beds and paths. Having these somewhere in your garden should be a no-brainer! 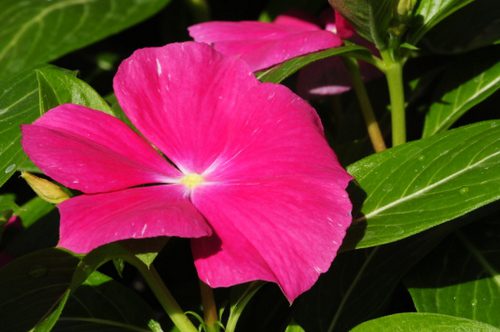