After two years of severe drought and water restrictions, the Minister of Water and Sanitation, Nomvula Mokonyane, announced on Monday that the water restrictions in Johannesburg have been lifted. The announcement followed rains in Gauteng, which have filled dams across the province.

According to the South African Government News Agency, all but two dams (Molatedi and Groot Marico) in the North West have filled up, with these two expected to fill up shortly, due to further heavy rains. Most dam levels in KZN have almost reached capacity due to consistent rainfall in the province, and the Western Cape is still on level 3b restrictions

The lifting of restrictions somes as a welcome relief to the whole country, particularly farmers and nursery owners who have faced tough restrictions over the last few months.

“On behalf of the South African nursery industry we are delighted that the dams are full, and that the thousands of people employed in the industry can survive once again, always keeping in mind that water is a precious resource and needs to be used responsibly with sustainability in mind” Tanya Visser, President of the South African Nursery Association.

Gardeners across the country have already started changing their habits to conserve water, by using grey water, water tanks and any other ways. The nursery industry promotes responsible water usage always and not just during water restrictions, with the motto “save water, regardless”.

“I must thank the people of Gauteng for their efforts in helping us save water by adhering to the restrictions and for using water wisely and responsibly in the last three to four months,” Mokonyane.

“However, the restrictions in the province may be reviewed later when winter rains begin to fall in the region. Water restrictions in other provinces would remain in place and would be reviewed on a case-by-case basis together with the affected municipalities and if need be, they too will be advised to lift the ban,” Mokonyane said.

The minister encouraged people to continue to use water wisely, in our water-scarce country.

Join Life is a Garden’s movement to save water by using the #WaterWiseWednesday hashtag on social media every Wednesday! 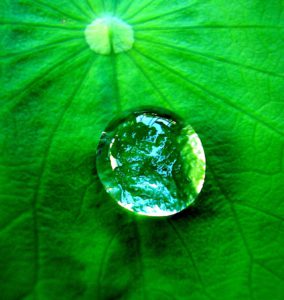