PLANT A TREE!
September is a month where we celebrate the end of the cold winter and the start of spring. A month where we start seeing the importance of trees as they start bringing out the beautiful flowers which look aesthetically pleasing and for some of us, a sudden change of mood. Not only is September a start of spring but in this month we celebrate the importance of trees and hence the whole month is known as National Arbor Month.

Trees form part of our heritage. They have been existing for decades but with the growing development changes, the importance of trees is not quite seen yet the number is declining. In this month, let’s all take some of our time to plant a tree. This could be as simple as planting a tree in your yard, workplace or organizing volunteers in your street to plant trees along the sidewalks of your street.

Be part of of something amazing by doing a small change!

Don't forget to keep an eye out for our first social media campaign! 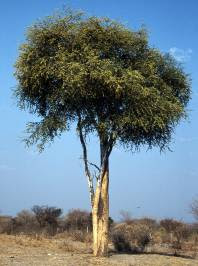 Tips for planting a tree

1) Prepare a square or bowl shaped hole two to three times as wide as the root ball of your tree
2) Place the tree in the hole
3) Position the tree where you want it (do not plant your tree too close to walls, water/drain pipes or cables)
4) Support your tree with a wooden stick
5) Water your tree
6) Mulch around the tree
7) Ensure that you are not drowning the tree with excessive water
8) Keep up on pruning

On the 26th of August 2018 Water Wise took part in celebrating the annual spring festival hosted by Garden World in Honeydew. In this event, Rand Water's Water Wise was responsible for giving out award for the most Water Wise garden in the garden show. Although all the gardens were well designed and pleasing, there could only be one winner in each of the three categories namely; the professionals, young designers and the children's gardens. Below are some of the pictures of the winning gardens for 2018.

Garden 1: A garden created by a professional. This garden was not only aesthetically pleasing, it contained a large low water use zone. The careful selection of garden hydrozones create a garden that uses water sparingly without reducing aesthetics of functionality of the garden.
Garden 2:

A garden designed by young designers. Stoney Dlomu, a Rand Water employee contributed to the execution of the garden as part of his practicals for a course he is doing at UNISA. Permeable paving, hydro-zoning of plants inside containers and a non-splash water feature, makes the garden easy to maintain and simply beautiful.

Garden 3: A garden designed by children of Small-ways Pre-school. The garden contained lots of beautiful colour combination, creativity and a lot of Water Wise principles including the use of different types of mulch and hydro-zoning.
Watch out for more Water Wise events and don't forget to Be Water Wise! 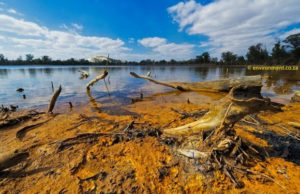 "We have been covering Mining issues in South Africa extensively for the past 17 years but no subject on the matter is of greater importance than the absolute plethora of Abandoned Mines in South Africa and the devastation of Acid Mine Drainage pollution that is left in the wake."

Municipalities to blame for 'contamination of the vaal river system' - Parliament 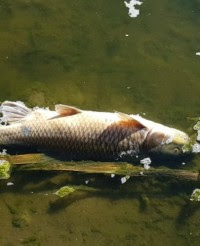 "A lack of maintenance in sewage infrastructure by municipalities is to blame for contamination into the Vaal River system, Parliament’s Portfolio Committee on Water and Sanitation said on Sunday. The Sedibeng District and Emfuleni Local Municipalities [are] at the centre of crumbling current infrastructure leading to contamination of the Vaal River system," 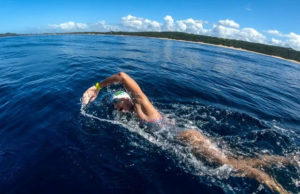 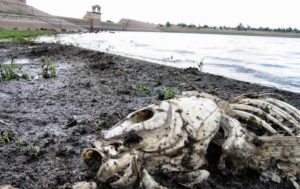 "As the water and sanitation crisis on the Vaal River and its catchment escalates, two government departments have issued a joint statement denying a positive link between mass fish mortality and raw sewage flowing into the river." 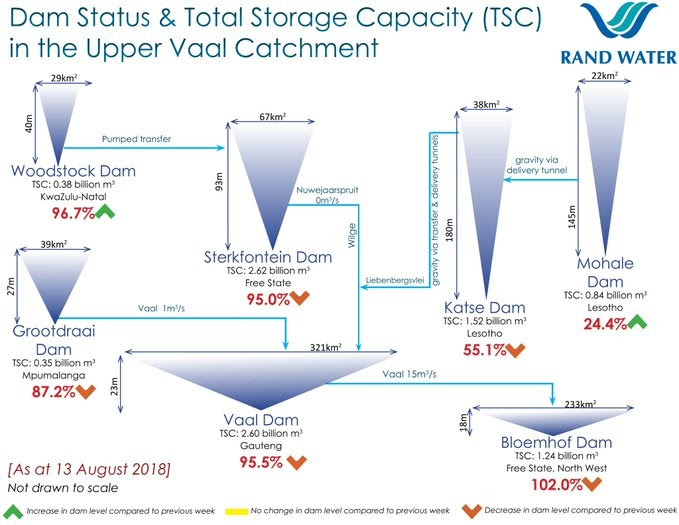