There are many things you can do to help your garden cope with climate change. 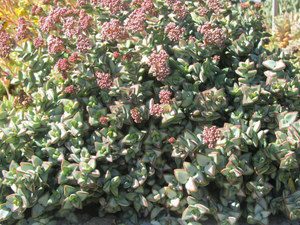 Climate change affects every gardener in the country. Life is a garden, and to those of us who are really passionate about our gardens and growing plants, it would seem that both us and our gardens are going to have to change in order for us to carry on doing what we love best. The South African country study on climate change has been analysing the possible effects of climate change on various sectors of South African society, including agriculture and water provision. The Climate Change Research Group at the SA National Biodiversity Institute has also been investigating the impacts of climate change on indigenous plants in South Africa. The forecast for the Western Cape includes a possible 25% loss of its current winter rainfall.

Research also indicates that rapidly changing climate patterns will cause the extinction of many plant species within the next 100 years. There is concern that many habitats will be radically altered by ‘migrating' species that will move in, causing the extinction of indigenous species that have no suitable alternative habitat in which to live. Invasive alien plants such as the triffid weed (Chromolaena odorata) will become even more widespread, just as hadeda birds have moved down to Cape Town from further north.

Although the fynbos biome may lose a large number of species, the extent of the biome as a whole could remain fairly constant as fynbos grows in mountainous areas and it can retreat to cooler altitudes. Fynbos near the coast, where the climate is milder, will experience less of a change. How awful, you might think. But challenges are good for us and we have been challenged before as a human race and overcome. Let's get on with ensuring that life is a garden and start with the few tips recommended below.

Tips for coping with climate change 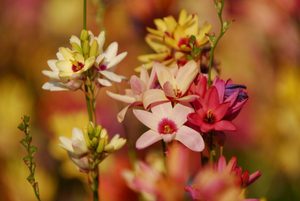 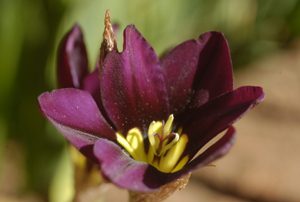 It is a good idea to concentrate on planting those plants that are adapted to coping with low rainfall areas, so when you are on the lookout for new plants keep an eye open for those that have the following attributes: