Dianthus – Flowers of the Gods

To mean, Flowers of the Gods, such is the reverence of the dianthus bloom. From the Greek words dios, meaning “god” and anthos, meaning “flower”, the Greek botanist, Theophrastus, cited the perfect mix in the name, dianthus. It’s a pity their odour is not quite god-like. They are members of the Caryophyllaceae (what a mouthful!) family which is derived from the Greek for “clove tree” which is what their flowers often smell like, but luckily it’s mild. They can be found growing naturally in the Mediterranean, Balkan Peninsula, and Asia Minor regions with everything from annual to biennial and perennial species. 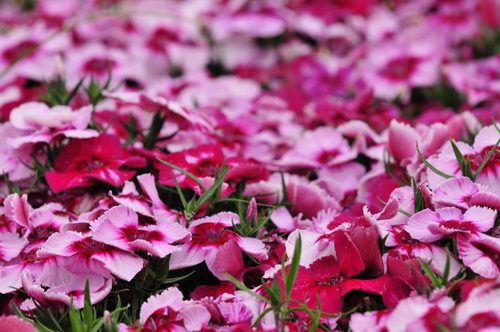 Everyone should have heard their common names, carnations, sweet William and pinks, but did you know that the colour pink may very well also be named after dianthus? Pink, as a verb dates back to the 14th century, meaning “to decorate with a perforated or punched pattern” which would reference the frilly edges of dianthus. Another theory is that the origin of the word pink is the Dutch Pinkster or German Pfingsten for Pentecost which is when dianthus bloom. 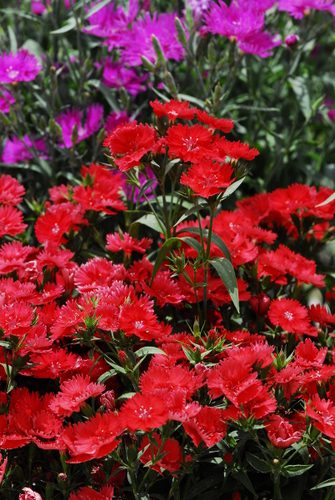 Variety is not something you’ll be hankering for when talking dianthus. If it’s height you’re after and some cut flowers for the vase to bring some beauty indoors, dianthus barbatus, known as Sweet William, is for you. Let’s not forget that carnations, dianthus caryophyllus, are also part of this family and are not only perfect specimens for your vase but can be picked for loved ones too. These two may be the best suited to being picked for your vase because of their longer stems but all dianthus respond with more blooms if picked regularly, so pick and enjoy.

If edging beds, making pretty borders or planting up containers is your thing, dianthus chinensis, commonly known as Pinks, would be a perfect fit. For everything in between, there are the interspecific crosses, dianthus barbatus x chinensis which are more heat tolerant and frost resistant and dianthus x interspecific which offer unusual characteristics such as double or frilly flowers as well as strongly scented flowers.

The terms ‘low maintenance’ and ‘water-wise’ are like music to the ears of a gardener and dianthus boast both those qualities. When planting your seedlings, pick a sunny spot that has well-draining soil and a good dose of compost would always be appreciated. Being a water-wise annual, they prefer deep watering which should be done less often, rather than small spurts, more often. This will also help to keep the soil around the stems dry, for the most part, avoiding stem rot. Avoid mulching around the stems too, for the same reason, and your dianthus will reward you with better overall growth. If the leaves start turning yellow, it’s almost certainly because of poor drainage or over watering. 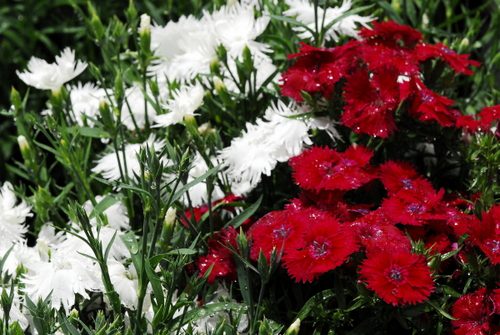