Life is a Garden > Months of the Year > August > Indoor Plant for August: Calla Lilies

Calla Lilies are one of the most beautiful flowers with a unique flower form. Calla lilies come in a wide array of colours for example, pink, purple, yellow and orange.

Calla Lilies signify magnificence and beauty. Further combined with the attributes associated with the colour you choose, Calla lilies can convey a wealth of meaning.

There’s not too much required for the care of calla lilies other than keeping them watered and fertilised. An adequate layer of mulch around the plants will help keep the area moist and free of weeds. Calla lilies require a dormant period once flowering has ceased. During this time, you should refrain from watering as much to allow the plant to die back. 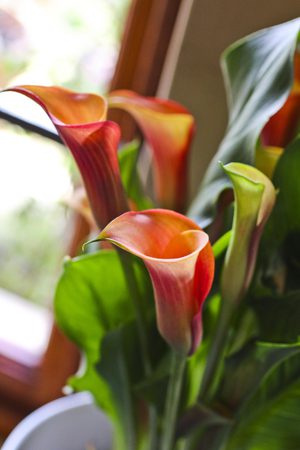