Hailing from around the globe, including several indigenous varieties, Begonias come from a massive genus consisting of more than a thousand species. With over ten thousand documented hybrids there is an almost confusing array to choose from.  When it comes to long lasting, outdoor colour however, there is little to be confused about. Begonia semperflorens or bedding Begonias and its numerous cultivars, are just the thing to brighten up those dull areas in the garden.

Impatiens – known to many as “Busy Lizzies” – are a vital ingredient to any summer garden. Few, if any, other plants offer such a mass of blooms for such a long period as do these valiant little plants. For a relatively small outlay, a few trays of impatiens will transform a dull shady corner into a riot of gorgeous colour. Impatiens will perform beautifully all summer long, impressing all passers-by. Once impatiens are established, discerning gardeners the world over are finding them among the most carefree annuals in the garden. 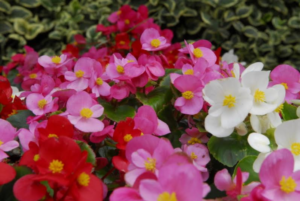 One of the many advantages bedding Begonias have is that they are relatively maintenance free. They don’t need deadheading and will provide colour from early spring right through to the end of May, especially if given a regular helping of seedling food.

When planting in sunny position the seedlings need to be placed closer together (10cm apart) as the plants won’t spread as much. If it is very hot, it is a good idea to mulch between the plants to keep the soil cool, although as the plants grow they will soon shade their own roots. Many gardeners are under the misapprehension that either the green or bronze variety perform well in the sun. This is just a myth as both green and bronze varieties perform well in both sun and shade. In shade, Begonias grow a bit taller and spread further so space them 15cm apart when planting. 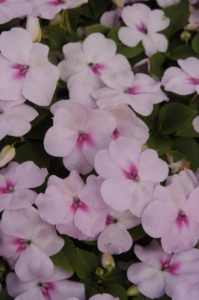 Impatiens prefer growing in a lightly or partially shaded position, but they will tolerate periods of full sun during the day – they do very well in morning sun positions. Impatiens can be used extensively around patios and pool areas, along driveways and at entrances, in shady beds under trees or in borders shaded by a wall, in-between shrubs and groundcovers.  Window boxes, containers and the ever-popular hanging baskets make for excellent homes, especially for the compact varieties. These container plants can be brought indoors in high light conditions and then taken outside after a week to allow them to recover in natural light. Use impatiens at the base of potted plants to provide a burst of colour. In short, use impatiens where you want to add a feel of vibrant colour. 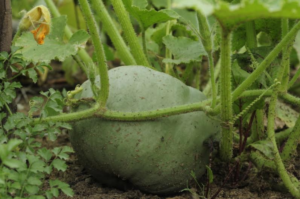 The squash family is diverse and loved by many for their varying tastes and colours, but their care is pretty similar across the varieties when growing in your garden.  In general, squashes need wide spacing between seedlings unless you’re growing the bush or trailing varieties, which is an option if space is limited. Well-drained soil that has been generously worked over with compost will go a long way to kick starting them properly. They do require a healthy amount of water so be sure to do so if nature isn’t providing. 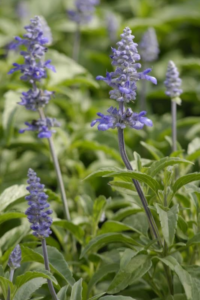 Salvia farinacea has attractive bluish green leaves and deep blue flower spikes that would be an amazing sight gracing your containers all summer long, right up until the first frost in autumn. Blue sage also looks stunning in a mass planted bed but especially when used as a specimen plant on a patio. Though drought tolerant once established, it does prefer moist, but not water logged soil. Fortunately it is not prone to damage by snails and slugs and is fairly self-sufficient except in extreme weather conditions.